What Is Keeping You From Achieving Your Potential & Life Long Dream? 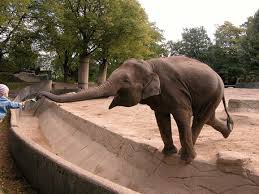 WHAT IS YOUR SELF BELIEF?

Sharing the LYBL Philosophies to get you to move you toward your desired outcomes.

Lets explore how the possibility of changing a single thought can change the action we then take and therefore the result we get.

Just as you can train your muscles in your body to work more efficiently for your overall health, so can you train your brain to serve you better. Training your brain and reprogramming your thinking is a strategy that can bring you closer to unearthing your blueprint so that you can find your best life hidden deep within you.

There are many unproductive thoughts and ruling ideas running around in people’s minds, just like a rubbish tip, dumping rubbish here and there and as a result littering many a mind which at LYBL we call ‘limiting beliefs’. 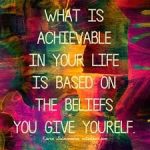 Limiting beliefs tend to be a much needed root of all-evil to allow growth and a shift to occur. The relationship you can grow to understand between your limiting beliefs and how they play out in your world can also be the very thing that sets you free.

For you see, limiting beliefs tend to be the driving force behind not getting positive results in your life, and eventually as you start to ‘awaken’ you will get to a point where enough is enough – and it is then the shift in belief occurs.

You will desire your ‘limiting beliefs’ to work for you rather than against you, for this to occur however, bringing awareness to them is essential. You must be ready to look yourself in the mirror and embrace all of you.

Training and reprogramming the brain to give you the thought that both feels right and is right is what this strategy is all about.

Your brain contains truckloads and truckloads of rational thought; we spend our entire lives justifying the crap out of everything. And even though we spend most of our waking hours in this state, it is pertinent to also acknowledge the wisdom that residing within us too. 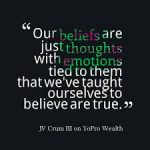 The beliefs that deserve our time are the ones that fuel your imagination and your fullest self-expression. To believe in those thoughts that bring you to life, the ones that point you in the direction toward the best part of you, and kick those parts of you that are fearful and hung-up in the butt.

So, how do YOU go about doing that, you ask?

Do you think that elephant thought he couldn’t get the treat from the child? No, he believed that if he reached, stood on his tip toes and leaned forward and made himself as long as possible, he could have what he desired. He believed he could do it.

That is what expanding beliefs are, they expand us to believe, self-belief, belief in oneself through taking action toward.

Limiting beliefs tend to be fixed, or static, they also tend to keep you frozen in time, inactive or unsuccessful. They can be significantly limit your potential if you allow them to, and especially if you leave them unrecognised.

The good news is that as soon as you can recognise a limiting belief, it can be refocused to be an expanding belief, one that points to possibility like a spotlight and can launch you into a better future.

Expanding beliefs can lead you to an open road of possibilities. 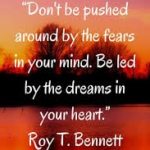 To tap into to an expanding belief, you must listen to the whispers of your heart, to your innate wisdom, to the soul of who you are and were born to be.

Once you decide to choose a more productive thought taking action is never far behind it, and once you take the action you will see that it is possible, because of the imprint that it creates for you, that there is always a more navigable riverbed in your mind to get you to where you want to go.

The positive results you obtain through action will cement in your mind that your new expanding beliefs are true.

For a belief to be a defining one, it must be backed up by a tremendous amount of supporting evidence, the evidence that you need in order to make, your expanding belief, true. The evidence is your justification for having a belief, for keeping it, and for believing in its power.

Once you know how to choose an expanding belief, your job is to find new evidence to support the desired belief so you can change the outcome.

Any belief, negative or positive, will dictate any action you will take.

Evidence that supports such an expanding belief will move you along faster and create a positive momentum on its own. If you’ve ever heard that your beliefs determine the circumstances of your life, this is why.

You may recognise what is wrong in your world view, you may even know what action you need to take to correct your problem, but until your beliefs shift from limiting to expanding, you may not even realise that you are the one responsible for the lack of results in your life.

To gain even more insight and to practice creating expanding beliefs download the activities sheets from the LYBL Journal which will provide you with even greater insights to move you forward to your desired outcomes. 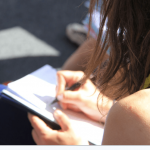